Between the months of October and November, the number of dengue patients across twenty Medical Officer of Health (MOH) divisions is notably high, the Health Entomologists Association said.

In comparison to the year 2021, there has been an alarming increase in dengue cases, reported to the Epidemiology Unit from all around the island between the period of January and the end of November in 2022. It is twice the number reported in 2021, the same period.

A total of 57, 349 dengue cases have been recorded in the Epidemiology unit during the past eleven months period in 2022, according to data made public by the unit. However, by end of 2021, there were only 25, 067 dengue infections reported nationwide.

Approximately 41.9% of dengue cases were recorded from Western Province, and the 29th week of the year 20222 had the largest number of dengue infections so far. According to the data from the Epidemiology Unit, there were 2,386 cases recorded.

"There is an upsurge in the transmission of viral fever, dengue, and COVID-19 in the community, and individuals are encouraged to take immediate remedies to control the situation," the Health Ministry issued statement said.

According to information provided by the Ministry, roughly 70 children are admitted to hospitals every day owing to viral fever, and several of these children have dengue virus infections.

In 2017, there was a dengue outbreak situation that resulted in 186,101 cases. In response, the health authorities mandated the regular and extensive removal of potential mosquito breeding sites from the environment. They also strengthened patient education on fever management, which led to a comparatively low mortality rate. 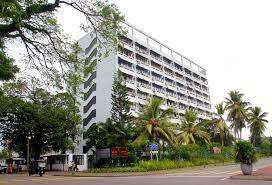