The Ministry of Wildlife is considering blacklisting more than 30 vehicles and its users who engaged in reckless off road driving in Yala National Park, a senior Ministry official said.

He said they are considering imposing the ban for a three year period.

The incident had occurred when a group of vehicle club members advocating for off road driving had driven vehicles recklessly within the Yala National park last Saturday .

The Director General of the Department of Wildlife Conservation (DWC) Chandana Sooriyabandara explained that they are carrying out an investigation to learn what happened within the park and if the guides’ inaction caused the destructive behavior of the vehicle drivers.

“Our officers had identified the vehicles; obtained numbers as well as the individuals who were involved in the incident,” he said

He further elaborated that the 30 vehicles entered the park obtaining permits. He added that they allow any number of private vehicles to enter the park yet had limited the number of Safari Jeep operators as it is a business.

However Environmental groups claim that the vehicles belonged to a group of vehicle club members who advocate off road driving. Also claim that the DWC decided action against the incident after they posted their stunts on social media.

Environmentalist and Convener of the Biodiversity conservation and Research circle, Supun Lahiru Prakash said that reckless off road driving can damage plants, animals and ecosystems, as the speed driving damages soil, vegetation and even change the land.

He added the loud noises too could damage the natural activities of the animals.

He said that the Wildlife Department officers should not allow people to engage in destructive activities within the park. He said that reckless behavior should not be tolerated and the park rangers should patrol and check the movements of the vehicles which enter parks.

He added that even the guides who are provided by the Wildlife department too should be educated about the importance of the park as well as of proper ways to instruct visitors about the manner they should behave within a Wildlife Park.

A senior official of The Ministry of Wildlife and Forest Resources Conservation said that they had taken several measures to avoid such situations.

He added that they have decided to black list the 30 vehicles from entering the national park for three years.

“Apart from that we had instructed the DWC to carry out investigations to learn whether the guides did not intervene to stop reckless behaviors of the vehicle drivers.”, he said.

He added if the guides happen to be responsible over avoiding reckless behavior the ministry has decided to temporarily suspend their services.

He added that the Ministries Secretary, Ms R.M.C.M. Herath had written to the Inspector General of police to support their investigations.

In addition the Ministry also has decided brochures for tourists advising them how to drive vehicles within a national park.

However there were also reports that the same vehicle club too were engaged in controversial actions. During the month of March a vehicle parade of Sports Utility vehicles and motor bikes amidst the fuel crisis.

Though they were granted permission initially by the police for their vehicle parade, which was to be held parallel to a charity donation to Apeksha Cancer hospital and another donation of necessities to a school in Kalpitiya, it was later banned by police.

Police had taken the move as the mounting pressure of the public outcry to stop the event. People were claiming the vehicle club was wasting fuel during a critical situation. 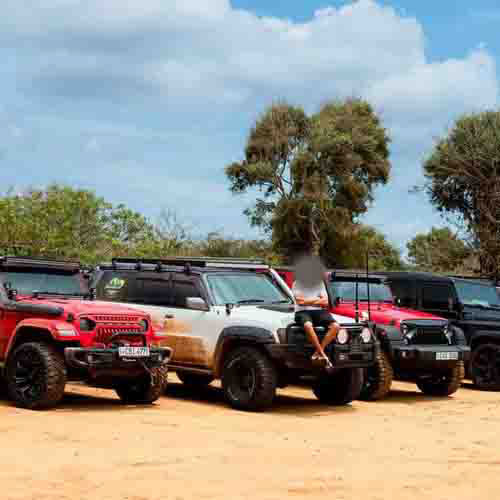 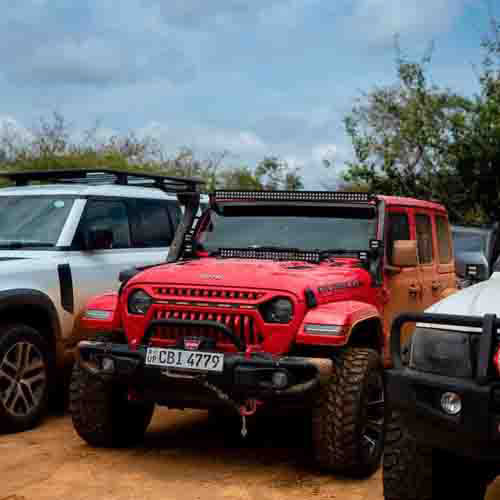