The driver of a fuel bowser was rescued by area residents and police from the waters of Baththuluoya after the vehicle crashed through the railing of a bridge and plunged into the water.

The incident occurred at about 3.30am today (24) when the bowser, returning to Colombo after delivering a stock of fuel to the Palaviya industrial zone in Puttalam, crashed through the railing of a bridge along the Baththuluoya on the Chilaw-Puttalam Road and plunged into the water.

The driver was rescued and admitted to the Chilaw Base Hospital with injuries.

The accident also caused extensive damage to the railing of the bridge.

The bowser had drifted about 100m from the location where it crashed into the water and had later become wedged at the Chilaw-Colombo railway bridge.

Police suspect the accident occurred due to the driver falling asleep at the wheel.

Text and Pix by Jude Samantha 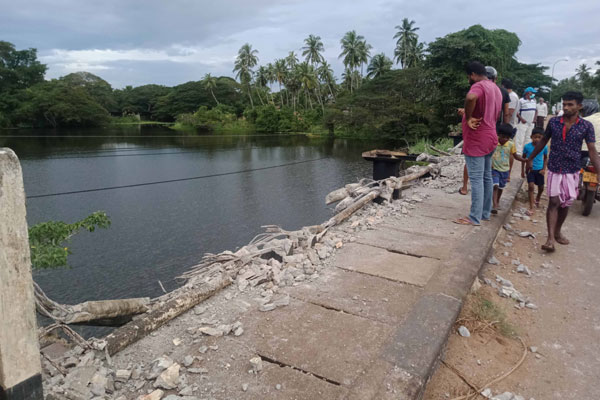 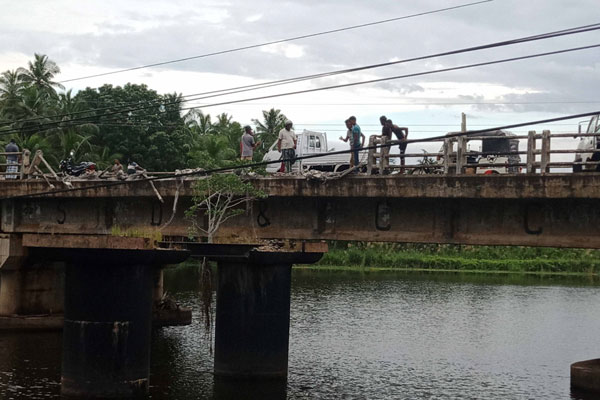 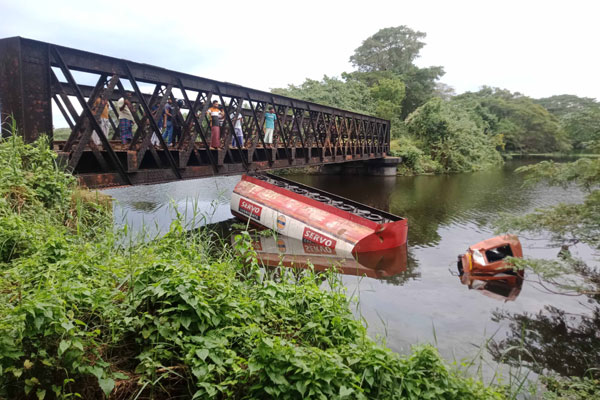 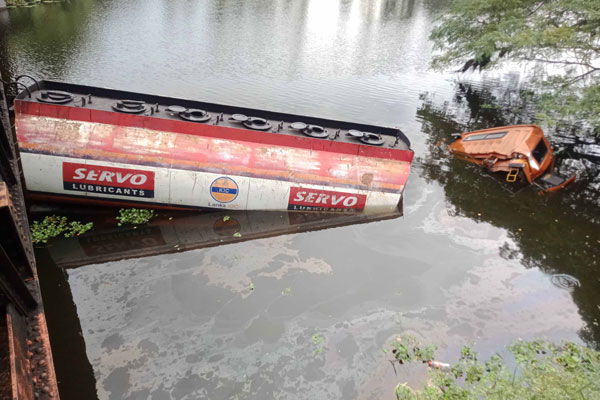