The visa of a Scottish woman has been cancelled by the Immigration Department amidst claims that the decision was made as she supported the recent protests campaigns at Galle Face . The woman Kayleigh Fraser has been told to leave the country by next Monday.

But, the woman has said that she hopes to appeal regarding the decision.

She was actively involved in posting videos and messages regarding the protests at Galle Face on Facebook and Instagram.

On message posted on Facebook regarding the decision by the Immigration Department said “ This is what happens here when you speak out against state violence, the torture of citizens, the chemical weapon attacks on peaceful protestors, blackmailing protesters with threats of arrest for false allegations and then agreeing to drop charges for agreement of them not attending further protests …”

She said Mr Nagananda Kodituwakku is appealing this decision on behalf of her.

However, Immigration Department sources said that the woman was on a visa obtained for medical reasons and therefore her actions were a violation of the visa conditions. 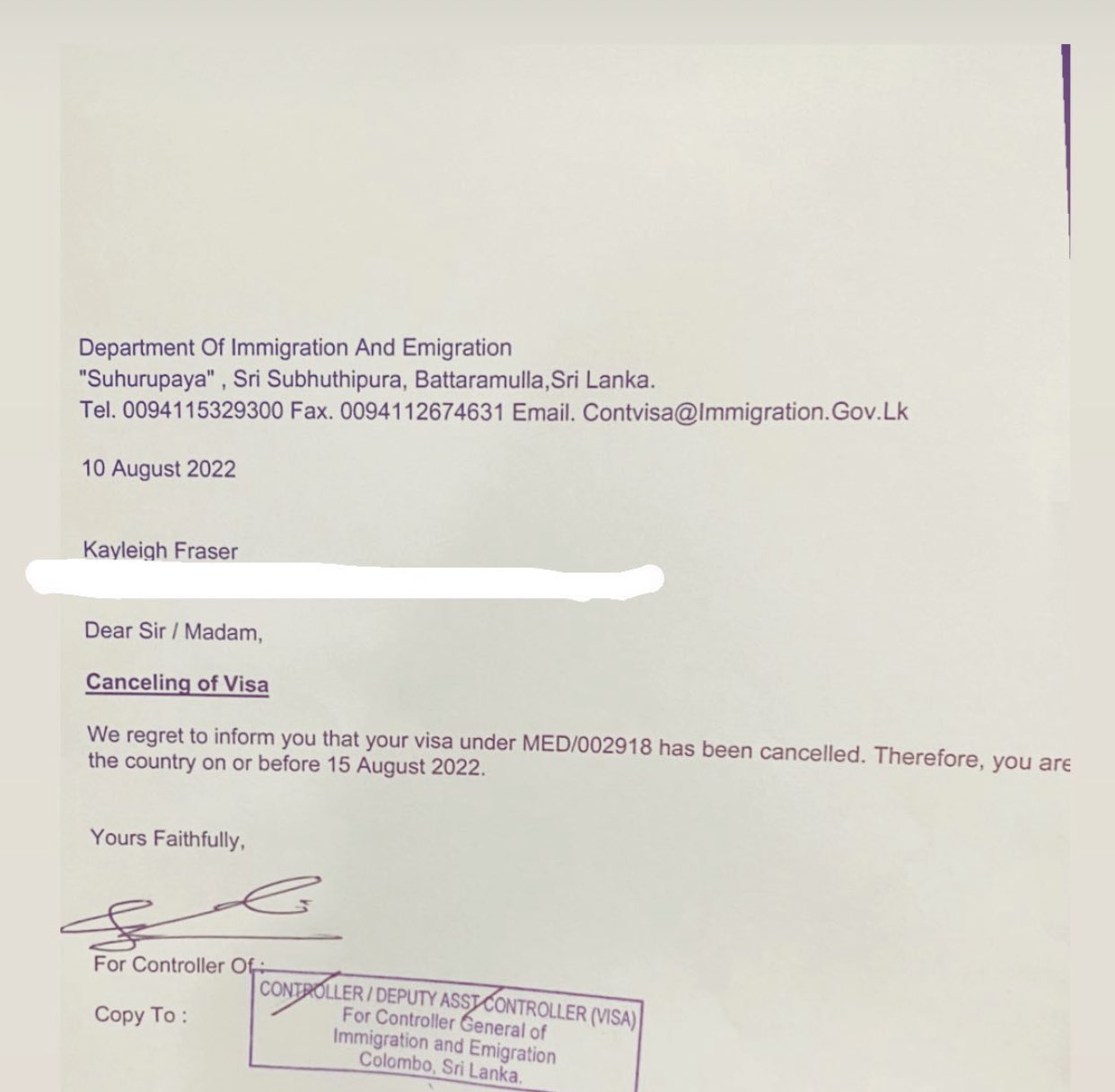